Written and directed by Andrew Shea, Portrait of Wally tells two stories—the fight over rightful ownership of Austrian painter Egon Scheile’s portrait of Walburga Neuzil, and the impact of that 13-year legal battle on the fate of art stolen from Jews by Nazi’s. 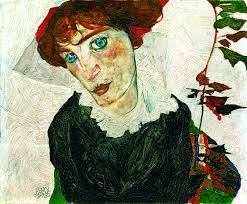 The Portrait of Wally was taken from Viennese art collector and gallery owner Lea Bondi’s private collection.  She fled Europe in 1939. The painting surfaced at a 1997 exhibition at New York’s MoMA. Bondi’s relatives learned of this and had the painting held by authorities.

As a result of the legal battle, museums in Europe and the United States began restitution—returning stolen art to the descendants of Holocaust victims. (Private collectors, apparently, are not at risk of losing their booty.)

This is another one of those documentary films that practically begs a commercial narrative film—one which jumps back and forth in time between Bondi’s life and the adversaries of the latter day battle with all of its implications.