Preface: My number one issue is our environment—our ecosphere and its ongoing, out-of-control destruction by human beings. The denigration of the human female gender is a close second. 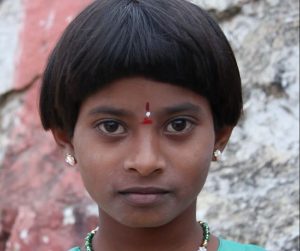 Directed by first-time feature filmmaker Nyna Pais Caputi, Petals in the Dust is the most devastating film on our treatment of females I have ever seen.

Caputi was born and raised in India. Her parents were loving and supportive, raising a healthy, talented daughter. She immigrated to the United States. She returned to India with her husband to adopt a baby girl. This was her moment of discovery. She learned of the deeply entrenched denigration of females in her culture of origin. Caputi worked seven years making Petals in the Dust.

Weaving statistics, personal stories, and interviews with activists working to end the mistreatment of and discrimination against females, Caputi paints a vision of human cruelty that transcends the wars and genocides of modern history. She is clear, of course, that the phenomena presented are not limited to India. Historical documents and endless news reports of our maltreatment of the female gender demonstrate the ubiquitous nature of this cruelty. Yes, this film focuses on India, but I saw the whole world in this seemingly tight-focus.

Petals in the Dust is a masterpiece of documentary filmmaking. It is an absolute must-see. It will catalyze and strengthen many more initiatives on behalf of the female gender.

By the end of 2016, Petals in the Dust will be available as a disc and online.

The filmmakers’s goal for that year is for a million people to see the film in honor of the 50 million girls and women that were eliminated in India in the last century.