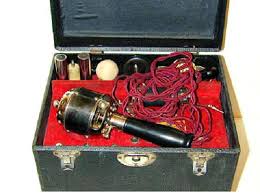 One fascinating bit of information I learned is that as of 2006, it was a felony to sell sexual devices in Texas, Alabama, Georgia, and Kansas—one of countless destructive symptoms of the still-entrenched patriarchal dominance and the consequent fear of female power on planet Earth. Of course, gun and Viagra sales are not illegal—but are, of course, aggressively marketed.

Vibrators appearing in the film were provided by San Francisco’s own Good Vibrations (http://www.goodvibes.com/).