“It’s what we are trying to do. We intentionally go to the darkest corners of the Earth, where there is no hope, and find these kids. And what that does, apart from liberating children, is that it provides hope for everybody now.” Tim Ballard 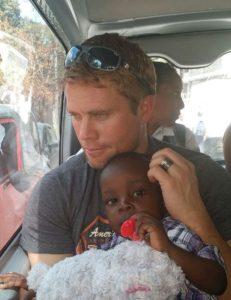 Operation Toussaint is Nick Nanton’s coverage of Tim Ballard’s initiative to address the trafficking of children. Ballard tells his own story of a husband and father with a cushy government job who abandons that security for his mission to rescue trafficked children around the world, and bring the perpetrators to justice. There are more than 40 million slaves world wide—the largest population of slaves ever. More than two million of them are underage sex slaves.

The name ‘Toussaint’ refers to Haitian liberation hero, François-Dominique Toussaint Louverture. The title is inspired by the center piece of the film—a ‘jump team’ bust of a child sex ring in Haiti led by Ballard, in conjunction with local authorities.

Operation Toussaint is the most sensational, profound socio-political documentary film I have seen since ‘The Most Dangerous Man in America: Daniel Ellsberg and the Pentagon Papers.’ As I previously commented about the Ellsberg film, Ballard’s story deserves a respectful, big budget Hollywood narrative production.

There are follow-up documentary films available from the film’s site—scroll down for those films.