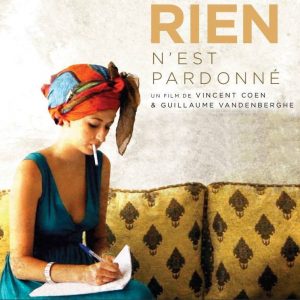 Nothing Is Forgiven tells the story of Zineb El Rhazoui, a Moroccan journalist/activist who immigrated to France to escape her country’s oppressive regime. El Rhazoui found Charlie Hebdo, the Paris-based satirical weekly that was attacked on January 7, 2015. Twelve people were killed, 11 were injured—most were El Rhazoui’s colleagues.

Through interview El Rhazoui tells her daunting story, and expresses her deeply-held convictions. As a well-known survivor she became ‘France’s most protected woman.’ In a very short hour, we are deeply impressed with the courage El Rhazoui embodies, her passion for peace, her agony for its lack, and bewilderment at securing said peace.

Nothing Is Forgiven is distributed in the United States and Canada by Icarus Films. The DVD and/or stream is not yet available for consumer purchase, but is available for institutional screenings. I suggest you check in with the film’s website from time-to-time for expanded availability.