“You can never get enough of what you don’t really want.”
Rick Hanson, Ph.D., Neuropsychologist 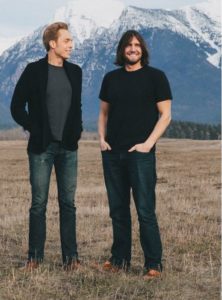 Joshua Fields Millburn and Ryan Nicodemus—also known as The Minimalists—are partners on a quest: To promote the values of consuming less, owning less.

Minimalism is one of the many tactics they are utilizing to get their points across to as many people as possible. Other tactics include appearances in our mainstream media, publishing books, and setting up their website, The Minimalists.

Back in the day it was called ‘conspicuous consumption.’ That term draws attention to a denigration in character of an individual who is perceived as having unnecessary possessions. The implication of this phrase is that if one is somehow motivated to change by an implied accusation of low character, said individual will reduce. The idea is that our guilted and gilded individual will change their behavior to improve the way they are perceived. This concern with how one is seen is the same kind of motivation that leads to the excess consumption in the first place. It is an external vis à vis internal concern.

Millburn and Nicodemus take the opposite approach in promoting their values: We experience personal, internal gratification from the changes in lifestyle that accompany reducing our material possessions—it’s not how we look, it’s how we feel. In addition to their own words of wisdom, their film includes people speaking about the benefits they’ve experienced by reducing—as well as findings and perspectives on minimalism from researchers and authors.

Minimalism is expertly crafted by Matt D’Avella who directed, shot, and edited. Stay with this film all the way through, you may be compelled to do a thorough examination of your approach to the material world.