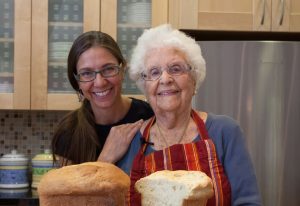 There are certain filmed stories that will stay with us the rest of our lives. First time feature film director Sky Bergman’s Lives Well Lived is one of them.

Bergman interviews 40 people between the ages of 75 and 100. Each tells her or his story. Between some interviews are interstitials in which a few interviewees respond to questions like ‘What is your secret for a happy life?’ As the interviewees tell their stories, Bergman includes archival footage of times and places in their lives. Many of these stories warrant their own feature documentary. Again, this is another documentary film I want to be twice as long as its current running time.

I passionately want young people to see Lives Well Lived. I realize, of course, that is a tall order—and that that is an understatement! If I were young and somewhat aware at this time, I would understand that us humans have seriously damaged our ecosphere, that the damage is continuing, and, therefore, I would be skeptical of even having an old age, or of having one that is meaningful, gratifying and productive. If I was not somewhat aware, I might not care at all about aging and the aged.

What Bergman has captured in her interviewees are people who have a youthful spirit as well as the ‘wit’ and ‘wisdom’ referenced in the film’s subtitle. Lives Well Lived is gold for those young people who chose to turn off their phone, place it in another room, and really listen to the people tell their stories. It could dramatically change some young lives.