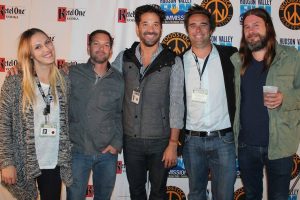 When I saw the title ‘Killswitch’ on Netflix, and noted that it’s about the internet, I immediately assumed the film is just another documentary about that subject, ‘I’ve seen enough of these,’ I thought.

What sparked me to view the film was remembering the just-occurred, non-violent coup d’état that put Trump in power, and gave the Republican Party control of all three branches of our so-called democracy. Governmental corruption has been given a large dose of methamphetamine, and net neutrality is clearly in jeopardy. Intensified attacks on the internet are imminent.

On the surface this film covers the struggle for internet privacy and open access to information and content. Open the book, however, and we see that Killswitch provides the broader context within which this struggle takes place.

The interviewees in Killswitch are thoughtful, their words are at moments horrifying or inspiring. The works of Aaron Swartz and Edward Snowden form the film’s human core. Snowden’s name is already in our history books, but Swartz’s name and story hasn’t received the exposure the martyred activist deserves. Their stories are told by themselves and by Lawrence Lessig, Tim Wu and Peter Ludlow.

Killswitch is stunning, and a reminder to pay attention to our ‘alternative’ press—which includes documentary films. I put ‘alternative’ in single quotes because that is our real press—the alternative to ‘alternative facts.’

The film’s four core filmmakers are:

All work under the aegis of Akorn production company.

(Pictured are the film’s production team.)