“Jack presented the facts; we chose not to listen to him.” Neal Nicol

Kevorkian, an HBO documentary, covers the later life of right-to-die champion Jack Kevorkian, M.D. Directed by Matthew Galkin, it is a companion piece to the HBO narrative You Don’t Know Jack starring Al Pacino, and directed by Barry Levinson. 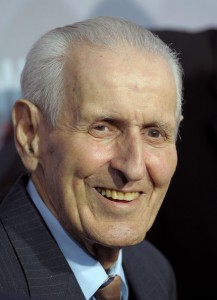 Kevorkian tells three stories: An outline of Kevorkian’s life, his trial for murder, and his run for Congress.

Regarding his life, I was horrified to learn that Kevorkian’s mother lost her parents and his father lost every living relative in the Turkish genocide of Armenians. And, I was fascinated to learn that in addition to being a physician and right-to-die advocate, Jack Kevorkian was an artist, musician, composer, author, medical researcher, inventor, painter, and film producer.

Kevorkian willfully set himself up for his arrest and trial on first degree murder charges. Although he had been successful in participating in many physician assisted suicides, he wanted to do much more – to change this nation’s laws, to take the right-do-die issue to the Supreme Court. He arranged his arrest by euthanizing a willing ALS patient – rather than the heretofore usual provision of a mechanism provided to the patient that enables suicide. Kevorkian videotaped this euthanasia – including the communications between himself and the patient as well as the patient’s explicit agreement to the euthanasia.

Kevorkian served eight and a-half years of his sentence. During that time he discovered the 21 words of the ninth amendment: “The enumeration in the Constitution, of certain rights, shall not be construed to deny or disparage others retained by the people.”

That discovery catalyzed his decision to run for Congress. He was out on parole, 79 years old, in ill health, but carried on his 2008 campaign utilizing the ninth amendment as an argument for the Constitutional support of right-do-die.

When I first learned that Americans don’t have the right-to-die, I was struck with the senselessness of these prohibitive laws. As I gradually discovered the horrors of the American way of dying I became outraged at the cruelty engendered by this unconstitutional restriction.

Learning of Dr. Kevorkian’s work, he became one of my many heroes. I’m now heartened to see that the seeds of Kevorkian’s pioneering initiatives have taken hold. And, I’m grateful for director Galkin’s excellent portrait of a true American hero.