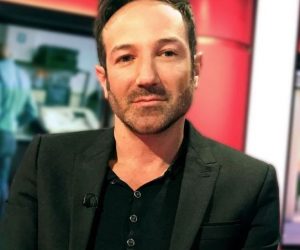 I prefer to go into a movie cold. At the most I will know the title and the genre. As I’ve written before, I value the experience of discovery in reading, hearing, and seeing stories.

I went into Icarus cold.

I was confused when I began watching this Netflix-distributed documentary. Icarus begins with an extended electronic dialogue between Russian scientist Dr. Grigory Rodchenkov and American filmmaker Bryan Fogel. At the time, Rodchenkov was the director of a Moscow-based drug testing lab for athletes. Fogel, a competitive cyclist.

If I understand correctly, Fogel and Rodchenkov were conducting an experiment to see if Fogel could take performance enhancing drugs, become a faster cyclist, yet be able to have a version of his otherwise positive urine test altered negative for the drugs. Rodchenkov was teaching Fogel about the process of faking incriminating urine samples as clean—and he was doing so with excitement and joy.

Their communication was over the Internet and cell phones, and they met in Russia and the U.S. It did not seem like they were attempting to hide the substance of their dialog from any or all parties who would obviously be interested. I did not know where the story was going. I was worried for Rodchenkov, he’s making it easy to be caught. Why is he doing this? What’s this film about? One clue was Rodchenkov’s interest in George Orwell’s “1984”. He reads lines from the book throughout the film.

Ultimately, the story shifts to a life-threatening situation for Rodchenkov—and an incendiary documentary for Fogel. The film’s primary focus is on Russia’s elaborate state-sponsored faking of athletes’ drug tests—and on the world’s reaction to this scam. We see filmmaker Fogel, Rodchenkov, and various allies work to secure verifiable evidence of Russia’s criminal malfeasance, and make that evidence available.

Rodchenkov pays a painful price for speaking truth to power. It seems as if he was set up as the patsy, the fall-guy for Russia’s malfeasance.

Fogel has told a thoroughly engaging and provocative story. It could be made into a Hollywood film, but that film could not be any more stunning than this documentary.