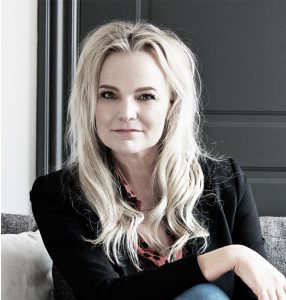 ‘We have entered a new landscape with great promises and tempting horizons. But. we are also in unknown territory. The trail to discovery is open, and scientists with pioneering minds are blazing with high speed. How do we steer our course into the future? What will we find on our journey into the brain? And, are we ready for whatever that may be?’

The pioneer of DBS was neurologist/psychiatrist Robert Galbraith Heath who appears throughout the film. In1950, he was the first to implant electrodes deep in the brain of a human. Heath treated more than 70 patients in his deep brain stimulation program at Tulane University. He was searching for hedonia, in the pleasure centers of the brain. Heath wanted to address maladies such as depression, tremors, Parkinson’s disease, dystonia, and psychiatric conditions, such as obsessive-compulsive disorder. For a period of time he was ‘king of the world.’

The arrival of the 1970s, and the emergence of the counter culture with its emphasis on freedom and openness portended Heath’s downfall. He was called to Washington, D.C. At a hearing he was attacked by his peers, accused of being the devil in a white coat. When Heath treated a homosexual, the doctor found himself in a miasma of attacks to his integrity and work on account of that one particular application of DBS

Grønkjær tells Heath’s story, and the ongoing story of DBS which is now an established part of medicine’s tools. We hear from a few physicians who are providing DBS, and/or expressing their concerns about it. We also follow a Parkinson’s patient at a Gainesville, Florida hospital undergoing DBS, and ‘Thomas’ who eloquently, heart-breakingly speaks of his life-time of depression. We meet a few more people who received DBS. So far, more than 70 million people have been treated with DBS.

“Hunting for Hedonia” is a finely crafted documentary that reveals the growing world of DBS, and leaves us with much more information—and a few questions about the future. I was touched and fascinated by the interstitial photographic images Grønkjær placed throughout the film.

The gorgeous music is by Jonas Struck.

“Hunting for Hedonia” is available in the United States on Amazon, iTunes, Vimeo, and Google Play.