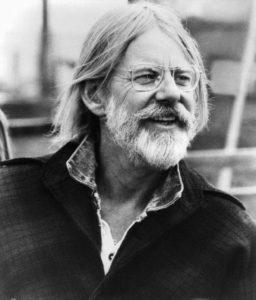 The 1970s were knighted with the descriptor ‘A Golden Age of Cinema.’ I am not sure if that phrase would have been warranted had it not been for the seven films listed above. Hal Ashby made those brilliant, entertaining, moving, humorous seven films in a short nine-year period of time. Each of these films made a strong point, and did so with deep respect for character and relationship.

Ashby did not receive the level of attention a few of his contemporaries enjoyed, but he certainly deserved it. However, the amount of adoration those filmmakers received may have been too much attention and too many distractions for this passionate rebel.

Amy Scott’s HAL reminds us old folks of Hal Ashby’s unforgettable films, and introduces the filmmaker’s work to subsequent generations to enjoy. Scott interviews those who knew Ashby, and covers the making of the above films.

HAL is a must-see film for anyone and everyone who love movies. I cannot recommend HAL too much. I was engaged from the beginning, and did not want the film to end.