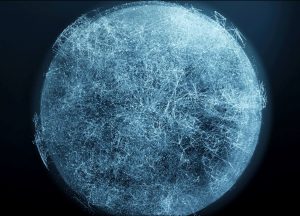 Buried within the terabytes of data at one or more of Netflix’s server farms is the most incendiary documentary film I’ve seen to date: A Good American—a film about malfeasance, corruption, and ineptitude at our National Security Agency, and above.

Director Friedrich Moser tells the story of a tragically terminated NSA program called ThinThread which was designed to provide national security and protect privacy. The program was shut down a few weeks before the 9/11 attacks. A test to see if the shuttered program would have probably prevented 9/11 proved positive.

Add to that agonizing revelation the self-aggrandizing power politics that led to subsequent massive waste and incompetence at the NSA, and you will understand why almost every reviewer of this film expresses outrage in various and sundry forms.

Bill Binney, the film’s central character, is the originator of ThinThread. His NSA support team were Ed Loomis, Diane Roark, and J. Kirk Wiebe. Jesselyn Radack—National Security and Human Rights Director at ExposeFacts—supported the team when they experienced horrific governmental retaliation. Raddack is also one of the three whistle-blowers featured in the film, Silenced.

A Good American is another absolute must-see documentary film.