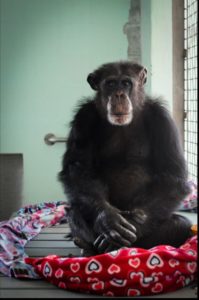 I have never had such trepidation about sharing my review of a documentary film. I know how hard the information and images in this film are to stomach, to let in to our minds and hearts. I know the reluctance to even start this film about animal abuse and slaughter.

For reasons I struggle to understand, it seems people can learn about the myriad kinds of injustice and destruction on our planet, yet it is the image and reality of animals being abused and slaughtered that creates the most emotional, the most visceral reactions—along with a concomitant hopelessness about how to stop the massive abuse.

Written and directed by Liz Marshall, The Ghosts in Our Machine covers the work of photographer Jo-Anne McArthur whose life is devoted to non-human animal rights and welfare. The film presents images from factory farms and slaughter houses, mink and fox farms, places where animals are used for testing, teaching, and research, dairy farms, and marine parks. Both Marshall and McArthur provide the images.

McArthur and Marshall also bring us to rehabilitation and rescue centers where we can see and hear a glimmer of hope—for non-human animals, and especially, for human animals.

The pictures and stories in this documentary are obviously devastating, the global reality they refer to is incomprehensible. Yet, it is crucial that The Ghosts in Our Machine be seen by as many people as possible.

I continue to be impressed by the quality of music in documentary films. The Ghosts in Our Machine is no exception. The delicate soundtrack is by prolific composer Bob Wiseman.

Note that the film continues its story throughout the ending credits.