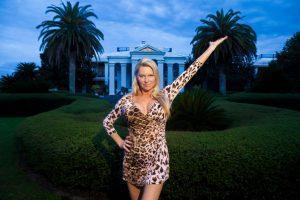 “I do believe that it’s un-American to say you can make too much money. I mean the Federalist Papers say if I want to work a hundred hours a week, and never see my family, and die at an early age, that’s my prerogative.” Suzanne, Hedge-Fund Executive

In 2008, photographer/filmmaker Lauren Greenfield began a study of the cult of wealth. In 2017, her study generated a museum exhibition, a 504 page hardcover book, and a 106 minute documentary film, Generation Wealth.

Greenfield interviews several students from Crossroads, her high school which nested many students from wealthy southern California families. Now adults, these classmates speak of their experiences of wealth—as do several other interviewees. She also interviews her children and parents. Greenfield narrates the film, and includes much self-reflection as she does so.

I was most intrigued with interviewee Florian Homm, a former hedge-fund manager now living in exile, in Germany. His epic story is the one I would greenlight as a narrative film.

“At the end of a decayed culture, we retreat into our own comforting illusions. We build walls to cope with the reality around us. We are dying in the same way that other empires have died throughout history. The difference is that this time, when we go down, the whole planet’s gonna go with us.” Chris Hedges, Journalist

Generation Wealth is an utterly sensational, riveting film that equally disturbs and fascinates.