“There are two things we can do. We can sing and we can love.” Steve Huffines 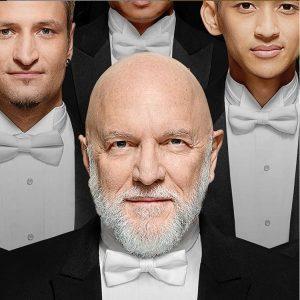 On the heels of Trump’s presidential campaign and victory, state-driven pro-discrimination initiatives, and anti-LGBTQ citizen activism, Steve Huffines had a suggestion.

The former Board Chairperson of the San Francisco Gay Chorus proposed an odyssey to the American southeast, singing to the most hard-core conservative, Christian audiences in the United States. Huffine’s audience was Dr. Tim Seelig, the Chorus Artistic Director and conductor.

Joined by the Oakland Interfaith Gospel Choir, the Lavender Pen Tour occurred in October 2017, and in 2019 David Charles Rodrigues’ documentary, Gay Chorus Deep South was released. The film follows the tour beginning a week before departure.

Rodrigues provides beautiful, inspiring music, interviews with several participants, and scenes of people—seemingly of two different planets—meeting and connecting with each other.

Although there is no want for dramatic personal stories in Gay Chorus Deep South, Seelig’s epic story stands out. It was after he married and had two children that he came out, and paid a dear price for his liberation. I cannot speak, of course, for the personal result, yet I can say that our world is much brighter, lighter, and compassionate by virtue of his courage and grace.

Gay Chorus Deep South is currently playing the festival circuit. It will soon find theatrical distribution. Stay in touch with the film’s website for more information about its commercial release. If I was an Academy member I would place the film on the 2019 short list of feature documentary nominees.