San Francisco Bay Area filmmaker Mark Kitchell (Berkeley in the Sixties) begins A Fierce Green Fire with this introduction: “The environmental movement is about nature versus humanity. It arose at a time when our industrial civilization has grown so powerful, it threatens the natural world on which we depend for survival. It has become the battle for a living planet.” 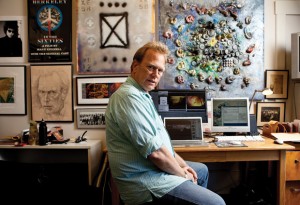 A  nearly two-hour history of this battle in five ‘Acts’ (Conservation, Pollution, Radical Ecology, Going Global, and Climate Change), A Fierce Green Fire derives its title from the story of Aldo Leopold, a young forest ranger who shot a wolf – for no particular reason. As she lay dying Leopold saw what he called ‘a fierce green fire’ in her eyes. “He had a personal realization,” Paul Hawken states on camera, “of what it means to chew away at the web of life. And so if you look at the manifestation of environmentalism in the world, it’s because people – one by one by one – have had that experience.”

Although some of the film’s information and stories can be found in previous documentary films, Kitchell has woven them into a compelling matrix that deserves to be seen and understood by those familiar with the stories and, of course, those not. Much of the footage, however, was new to me – especially the militant American housewives of the 1960s and 70s fighting passionately for their lives and the lives of their families. As I’ve stated previously, given the dire threat of humankind’s deleterious actions on our ecosphere, there cannot be too many environmental documentaries.

I was sadly delighted to see and hear Kitchell’s coverage of ‘Climate Change’ in Act 5. He covers the last four decades of still-born political efforts to acknowledge global warming and do something to effectively mitigate it – something that can only be done by global human cooperation. The current problem is well articulated by the researches in Kitchell’s film. How solutions will be developed and implemented is, of course, a mystery of the seas.