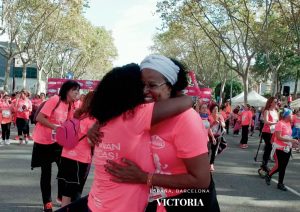 Around the world six girls a minute suffer the horrors of female genital mutilation (FGM).

Eve’s Apple reveals the depth of this global horror, and highlights initiatives to stop it. The film features interviews with those who have suffered this brutal, lethal insult to women’s bodies and minds, and activists devoted to ending the practice.

One of the film’s interviewees appears at the very beginning. Through her interview peppered throughout the film, she tells an epic personal story of tragedy and triumph.

Although I have been aware of FGM, I was disturbed with both the statistics regarding its use as well as the details of the procedure. FGM is performed in unhygienic circumstances, with unhygienic instruments, by people without medical knowledge or skills. Its context includes arranged marriages for the young girls with older men. In addition to its tragic impacts on the bodies and lives of millions of girls around the world, FGM kills some of its victims. If not killed by the procedure, women die in childbirth because of the damage done by the procedure.

Eve’s Apple is directed by Jose Manuel Cólon Armario, a Spanish production, distributed in Spain by Genial Media, and available on Netflix.

I found only one website directly related to the movie. It is in the Spanish language. Here is the URL: La manzana de Eva.  You may find the film’s IMDB page under the title ‘La manzana de Eva.’

On a personal note, I became quite unhappy when I learned about the adverse effects of MGM, and have had my share of self-pity in response to being one of its victims. However, for the guys reading this, FGM and its impacts are much, much more damaging. We are the ones who most need to see this film.

(For us guys, there is The National Organization of Circumcision Information Resource Centers.)