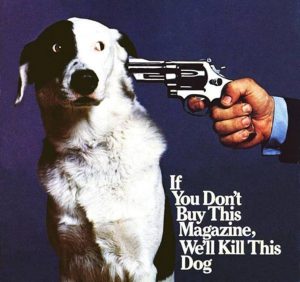 With Drunk Stoned Brilliant Dead director/co-writer Douglas Tirola has given us a delightful, fascinating, entertaining story about the rise and fall of the seminal humor magazine “National Lampoon” (1970-1998). There are two foci in this history: The stories and characters involved in the publication, and the immeasurable impact the magazine and its creators had on the evolution of comedy and its biker friend, satire.

We’re talkin’ movies, theater, radio, and recorded media—those were the kinds of productions generated by the magazine under its name. The humor was over-the-top, no holds barred, and hyperbolic. Subsequent humorists and satirists were inspired and influenced by the humor—as well as the magazine’s success. “National Lampoon” is mother to ‘Saturday Night Live.’

Inspired by the nation’s oldest humor magazine, “Harvard Lampoon”, “National Lampoon” was created by Douglas Clark Kenney ’68, and Henry Nicholas Beard ’67. Their personal stories and partnership form the core narrative of the film. Surrounding this core is a dizzying display of imagery and appearances by at least 65 performers, writers, and business people.

You may find Drunk Stoned Brilliant Dead on Netflix.