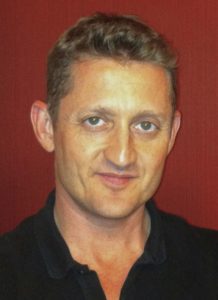 Written, produced, and directed by prolific filmmaker Alex Winter, Deep Web provides a brief introduction to the Internet’s underground—the deep web and the dark web. After this introduction the film focuses on the legal case of Ross William Ulbricht who was arrested, tried, and convicted of a variety of federal crimes. Ulbricht’s case received wide publicity which appears to have been one of the goals of our federal government.

Ulbricht was identified as someone deeply involved with the ‘Silk Road,’ an online commercial enterprise which hosted the selling and purchasing of illicit products including drugs. Winter tells Ulbricht’s story up to and beyond his initital imprisonment. As presented in this film, Ulbricht’s trial occurred in a kangaroo court—several crucial rulings having to do with evidence and witnesses went against Ulbricht’s defense. The jury heard the prosecution’s case, but not the defense’s.

From beginning to end Deep Web is thought-provoking and emotionally charged. At stake are issues of freedom, democracy, security, public health, justice, oppression, cyber technology, and the massively destructive ‘War On Drugs.’