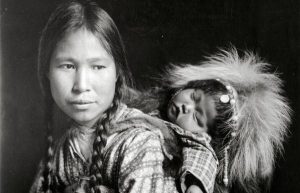 “I think it was only one time we told the state worker what happened. Because after she left we got the worst beatings we ever had. And we never told again. And we spent four years there—and every single day there was torture.”
Native American woman providing testimony for the Maine Wabanaki-State Child Welfare Truth and Reconciliation Commission

Directed by Adam Mazo and Ben Pender-Cudlip, Dawnland covers the first government-sanctioned truth and reconciliation commission (TRC) in the United States. The Maine Wabanaki-State Child Welfare Truth and Reconciliation Commission took place in the State of Maine. Between 2012 and 2015 the TRC received testimony from members of the four tribal communities which collectively make up the Wabanaki people of Maine. You may read the report here.

Most of the testimony featured in the film is of indigenous women who were literally kidnapped as children by government officials, torn from their communities, and raised by white people as fosters or in group homes. The children were stripped of their culture, treated with abuse and neglect, and wounded for life. These actions were supported by United States federal legislation. The cultural genocide of Native Americans continues in one form or another to this day.

The TRC was initiated by REACH—Reconciliation-Engagement-Advocacy-Change-Healing—which continues to support Wabanaki communities and the reconciliation process.

Produced and distributed by Vision Maker Media, Dawnland is a provocative yet hopeful documentary film that should be seen by every American adult and teenager.

DAWNLAND won the Emmy® award for Outstanding Research at the 40th annual News and Documentary Awards.