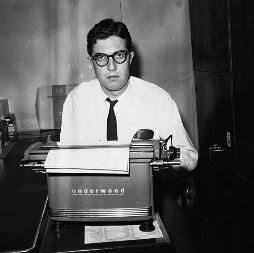 Written and directed by Thomas D. Herman, and narrated by Sam Waterston, Dateline-Saigon profiles the work of five Pulitzer Prize-winning journalists who, as young, naive men, found themselves in the early 1960s covering the nascent American war in Vietnam. The five are: Peter Arnett, Malcolm Browne, David Halberstam, Horst Faas, and Neil Sheehan.

The film covers the years 1960-1963, as President Kennedy grappled with a war of someone else’s making, based on the unsupported, flimsy idea that if South Vietnam were to be united with the Communist North Vietnam, all of Asia would become a collection of Communist countries. That was a ruse, of course.

Each journalist tells their journey of discovery of the insidious forces at work, pushing an imperialistic, not-so-hidden agenda. As they learned about the deep commitments of the North to wage war, their effective tactics and strategies—and the lack of an authentic, intense commitment of the South Vietnamese soldiers, as well as the distracting internal political conflicts of the South—one-by-one the journalists came to understand the divide between reality and the United States government’s phantasies that they could easily win this war. The journalists found themselves in a micro-war between themselves and the US government. That is, they were seriously risking their lives by revealing the truth.

The bits and pieces of information about the conditions of South Vietnam during those three years foretold the inevitable failure of the United States’ chosen war. The successes of the journalists in revealing the actualities of that war to the world is commendable, yet it also led to an inevitable restrictions in US military policies of journalistic coverage of US-chosen conflicts.

Although Dateline-Saigon tells a seven-decade old story, the issue of journalistic transparency is as vital and urgent and dangerous as ever. These five reporters made a contribution to journalistic freedom in those early sixties, and with this film, they’ve made another contribution by telling their stories for all to hear and learn today.

Rich in character and story, this film is another significant documentary that could birth a narrative film or series.