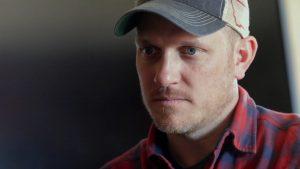 The three pillars of the destruction of American democracy are:

2) The tactics and strategies that, combined, significantly suppress voter participation

It is, of course, number three that is the subject of Kimberly Reed’s Dark Money.

Reed’s coverage of the influence of untraceable corporate money on corruption, activism and litigation is focused on her home state of Montana.

Our good guy is journalist John Adams who doggedly researches and follows the takeover of the state’s political agenda by elaborately coordinated big money initiatives. He loses his job because of the purchase of his newspaper. Adams turns lemons into lemonade by recovering from his loss, and founding Montana Free Press. Our bad guy is state politician Art Wittich who is eventually brought up on noncompliance with election law charges.

Of course, Montana is more or less representative of our federal government’s commitment to unfettered political corruption—and the forces of opposition at work. The most we can hope for, though, is the chipping away at the fringes of Citizens United by journalists, activists, politicians, and nonprofit organizations.

With the Supreme Court on the verge of a complete takeover by corporate forces, it is hard to imagine any meaningful reform before our nation’s impending environmental catastrophes manifest. But, hope springs eternal, and that is the spirit of this well-reviewed documentary.