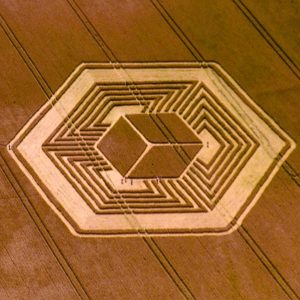 Patty Greer’s films cover the phenomenon called ‘crop circle.’ I put the phrase in quotes because perfectly formed circles with elaborate designs have been found around the world in media other than agricultural crops.

Greer covers the metaphysical, and films of this ilk tend to be viewed by those who are interested in such—also known as ‘preaching to the converted.’ Skeptics, of course, may watch these films in their quest to delegitimize both the topic and the evidence proffered. The fearful or arrogant will also avoid them.

For yours truly the metaphysical is not ‘meta’—rather it refers to phenomena we do not understand, comprehend, and/or are threatened by. I have reviewed a couple films about UFO/Alien phenomena, and have written a brief autobiographical essay about it which I’m happy to share.

Greer has produced eight feature films about UFO phenomena with a primary focus on the circles. In her latest—Crop Circle Diaries—she tells a more personal, overarching story of her experience. But, she is not the film’s sole subject. Greer also introduces the work of William Levengood and his lab partner Penny Kelly. The information is very metaphysical, of course, and yours truly could not comprehend much of it. However, this information is also provocative and thoroughly intriguing. The viewer, though, can take the information and dig deeper.

Being somewhat simple minded, what is utterly clear to me, though, are the circles. I looked crop circles up in Wikipedia. The authors of the piece bent over backwards to discredit the idea that they are created by metaphysical means. It was a flimsy attempt, at best. Apparently, Shakespeare’s “There are more things in Heaven and Earth, Horatio, Than are dreamt of in your philosophy” is nothing more than a bit of meaningless poetry to the authors. 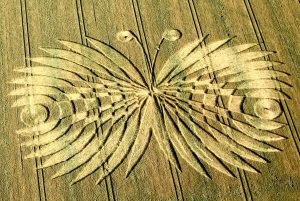 In our digital era one can argue that still and moving images have been created rather than recorded. I find the phenomenon of crop circles to be the most compelling, incontrovertible evidence of extraterrestrial intelligence on our planet. Kudos to Patty Greer for covering the phenomenon so well, and placing it in greater contexts.