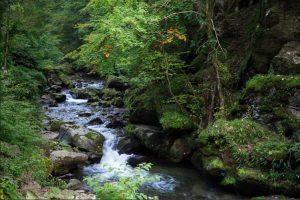 Directed by Britton Caillouette, Blue Heart is a simple, straight forward documentary about people fighting for their land, for their natural world which is threatened by the damming and damning of all their rivers.

The land is the Balkans, several countries nestled together in southeast Europe. The region’s political leadership has declared that every river must be dammed or diverted, either of which will damage—an under statement—the natural worlds surrounding the rivers.

As the subtitle indicates, these are the last wild rivers of Europe. People of many villages across the region are fighting back with passion and fortitude.

Patagonia, the company, is the film’s executive producer, and their website for the film provides a fount of detailed information about the region, the stakes, the activism—and how you can support this noble quest.

Blue Heart is available from Patagonia, Amazon Prime, and YouTube

(Pictured: The Željeznica River near Fojnica, Bosnia and Herzegovina)