When yours truly first saw Bhutto, the film immediately went into my all-time ten favorite documentary films list. There are two compelling reasons why you should see this moving documentary. 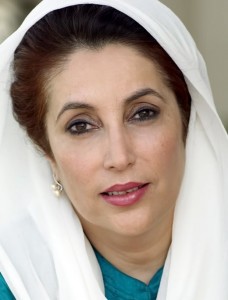 The film also covers key moments in Pakistan’s history—including the United States’ storied involvement with this British-created nation. The production is top quality, and the scope of Bhutto’s life is no less than epic.

2) Bhutto’s personal life and political career would make a sensational large-budget narrative film or, better yet, series. Given the global jihad that shows no signs of dissipating, that film cannot happen. If anyone even dared to start, terrorist threats would stop it in development.

Bhutto is your opportunity to go—in less than two hours—behind the headlines of Benazir Bhutto’s life, to discover a human being whose heart and soul will remain with you a lifetime.

You may find the film at Amazon Prime or ebay.