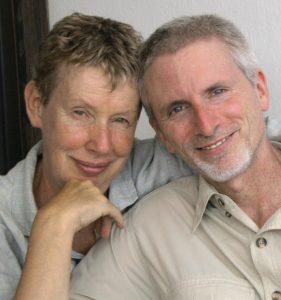 “Most children learn very, very quickly that they don’t have that kind of sound. They don’t have that kind of voice to compare with that. Most children just stop at some point. There’s also a sort of a ritual that happens at some time where in the school, or at home, the children are put in front of a crowd of people—their school mates, their family—where they’re asked or forced to sing a song. For many, many children—but also adults—this is like an execution.” (Singer/author Mark Fox, from the film.)

Under the arch of Song Without Borders and Inner Harmony, Michael Stillwater, together with wife Doris Laesser Stillwater, produce documentary films about songs, music, and singing. Their latest, Beyond the Fear of Singing: Unlock Your Voice. Release Your Song. will be released this Fall/Winter, 2018/2019.

The film begins with a montage of people speaking of the time they were informed that they could not sing, that their singing voice was inferior, and not to be heard. The film moves on to feature many interviewees speaking of the values and virtues of just that, singing—no matter the sad input we have received about our voice. By film’s conclusion, we hear those same voice-squelched people singing beautifully. Like the Stillwaters’ previous films, Beyond the Fear of Singing features beatific images of nature and a soundtrack of beautiful music.

This documentary is not just about song, it is about us—our relationship to our God- or nature-given ability to sing.

You may place an advance order for Beyond the Fear of Singing here.