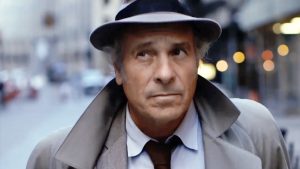 Written, directed, and starring Greg Palast, The Best Democracy Money Can Buy is another look at the usurpation of the United States’ government—and many states’ governments—by the wealthy and powerful. The film is as entertaining as it is infuriating.

Palast portrays an amalgam of journalist and noir film detective as he doggedly seeks the perpetrators of this mega-crime. Like environmental documentaries, we cannot have too many films about the destruction of our democracy and the concomitant abuse and exploitation of the American people—in fact, we need more. The Best Democracy Money Can Buy is a welcome addition.

The film’s central focus is the removal and/or denial of voting rights. Of necessity, Palast reveals the financial shenanigans that funded—and continue to fund—the purchase of our elections.

Every time I see a film of this ilk, I never cease to be amazed and frustrated that our elected leaders of the Lefty persuasion are not screaming bloody murder every day in response to the continued injustice in virtually every aspect of our daily lives—and that us Americans have not had a giant, unprecedented march on Washington.

Palast is new to me. His approach to filmmaking is to place himself in the center of the action. I’ve noted that this cinematic method makes the filmmaker more vulnerable to attacks by iconoclasts. I am not one. I enjoyed Palast’s performance, and especially admire his bravery and tenacity in following the money and seeking the perpetrators.

You can find the film by going directly to its website.