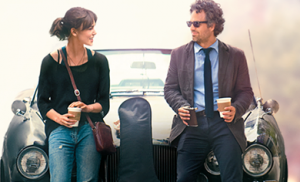 Once in a blue moon I cover a narrative film. For context, here’s a list of the few I’ve covered:

Begin Again is a sweet story of redemption—lovingly smothered with great music. In addition to the story’s simplicity, I was inspired by the exquisite production quality and the actors’ standard-bearing performances. Carney is a master at exploring and capturing the richness of poignant moments.

You may find the film on Showtime, Netflix, and online sites that sell old-fashioned discs.

P.S. Oscar winner Carney is also the writer/director of Once (2007). His latest film, Sing Street, was released this year.