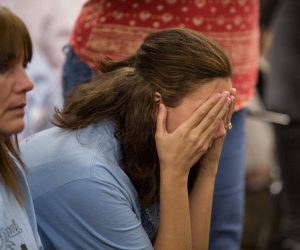 There was a time when the poisoning of an American suburban community—like Love Canal—would receive so much national news coverage that the US government would, eventually, be forced to take effective action. Those days are long gone.

With the consolidation of powers by the federal government and corporations, our national news media have been stifled. We are left with a few alternative news outlets—and documentary films. Given the massive proliferation of media outlets and content, it is nigh impossible to draw enough attention to a slow-rolling disaster to catalyze effective, large-scale action.

Like The Little Drummer Boy, I do what can.

In 1942, the U.S. government choose St. Louis, Missouri as a processing center of uranium for the first atomic bombs. The radioactive waste from this processing was eventually dumped into a landfill near suburban communities of St. Louis. The waste was then moved to a two-part landfill in North St. Louis County called West Lake Landfill. An underground fire—called Subsurface Smoldering Event (SSE)—started on the Bridgeton side of this landfill. The West Lake side contains 47,000 tons of lethal, cancer-causing radioactive waste. Natural events such as rain, are shifting the waste; and if the SSE hits the waste, it will be a catastrophic event beyond the local community. Residents were not aware of the lethal radioactive waste until a stench wafted into their neighborhoods. Foul aromas infect the air, cancer rates are high.

Cammisa documents the suffering of this community, and the people’s attempts to have the waste fully removed, and/or to have their lives relocated to a healthy environment. They are confronting a careless federal government, but, they are indomitable.

The film’s sites are:

Atomic Homefront is an HBO documentary.