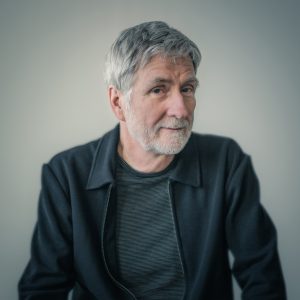 Directed and narrated by well-lauded veteran filmmaker John Walker, the flippantly titled Assholes: A Theory is a serious-as-a-heart-attack documentary film about rampant narcissism. The film is based upon the New York Times bestseller Assholes: A Theory by Aaron James who received his PhD from Harvard University, is a Professor of Philosophy at University of California, Irvine, and an avid surfer.

Walker’s film features at least 22 interviewees—including James—addressing the topic of ‘assholes’ some of whom are unabashedly self-proclaimed assholes.

James defines an ‘asshole’ as: ‘a guy who allows himself special ADVANTAGES in cooperative life / out of an entrenched sense of ENTITLEMENT / that immunizes him against COMPLAINTS of other people.’

We then are taught the large quantity of asshole types via an interviewee montage: boorish, smug, drunk, arrogant, etc.

I was particularly touched, though, by two of the interviewees:

Sherry Lee Benson-Podolchuk secured her life’s dream of being an officer in the Royal Canadian Mounted Police only to confront a nightmare of misogyny. She fought for justice for 20 years—including filing a class action suit with Canada’s federal government. She received over 3,000 women’s signatures. Two years later the federal government appointed Canada’s first female head of the RCMP.

The recently passed Paul E. Purcell was the Chairman of the Board, President, and CEO of BAIRD financial services. In interview, Purcell presented a corporate culture driven by unwavering integrity. He noted that his was the only financial services company to not fire any personnel as a result of the 2008-2009 global financial breakdown.

The legendary John Cleese also appears throughout the film. In one segment he opined, “Bad behaviour is as old as human history, something we all encounter at some point—whether on the playground, in the workplace or in public life. But the phenomenon seems to be amplified in an age of venomous social media and resurgent authoritarian politics.”

And that’s the thing—a seemingly unstoppable virus of narcissistic behavior poisoning many cultures, including, of course, people of the United States. Walker’s film presents possible solutions, but it seems at the moment that ‘assholes’ reign supreme in many parts of American culture. Walker also spends time in and about Italy which has its own forms of narcissism.

Asshole: A Theory is expertly produced by John Walker Productions, this documentary deserves a wide audience.

The film is available in Canada from CBC Gem

Available in the United States from this LINK