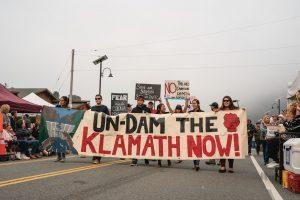 “Hatcheries are pawns in a game of political power. The whole thing is about money. Fishing is a huge industry, and every state is in it for those dollars. It’s not about conserving our resources, it’s perverting our resources on a short-term bet to get tourist dollars in.” Dave Philip, Conservation Geneticist

“I thought of hatcheries as something that actually, kind of helped us as fishermen—that there would be more fish in the river, and we were allowed to kill the hatchery fish, so that meant a meal. I don’t think I ever had one second where I thought about conservation at all. I thought about getting enough money for gas and pizza, so that I could fish all the time. What I didn’t realize was that we’re really at the tail end of a long decline of wild fish [populations].” Dylan Tomine, Author

Directed by Josh “Bones” Murphy, Artifishal is an exposé of the hatchery system of creating fish—salmon and trout. In a very short hour and fifteen minutes we learn that hatcheries—and open water fish farms—are damaging fish, causing genetic devolution, wasting billions of our tax dollars, and leading the way to the extinction of fish species. The film describes the hatchery system as a multi-billion dollar boondoggle. The above expensive salmon reference refers to the cost per salmon of a particular hatchery release. 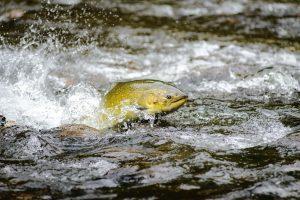 Artifishal is an expertly produced documentary film. It is currently on the festival circuit. The film had its world premiere at Tribeca Film Festival—and recently screened at Telluride Mountainfilm. The west coast premier is at the Seattle International Film Festival. Click HERE for dates. Go to the bottom of the film’s website to learn of more screenings, stay in touch with that site for more information about screenings and distribution.