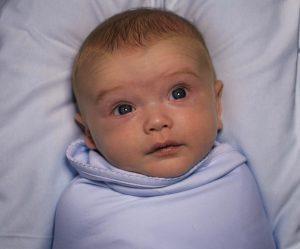 “For the serious scholar, there’s just endless opportunities there to horrify yourself, amaze yourself, wonder why this ever got started.” John Geisheker, JD, LLM, Executive Director, Doctors Opposing Circumcision

Oh, that’s what you can call me, an ‘intactivist’—the urban dictionary definition of which is: ‘Someone who loves, honors, respects and protects the rights of the child to an intact body. Someone who sees genital mutilation—of girls or boys—as a contradiction to that fundamental human right.’ (The urban dictionary folks might want to rethink their description of gender in the above definition.)

Written, produced, directed, and edited by Brendon Marotta, American Circumcision provides compelling rationales for a federally-based prohibition of childhood genital mutilation. Marotta and company speak with those who coldly, blithely argue in favor of genital mutilation, and those who passionately fight for a ban. He also speaks with mothers and a variety of adults who tell of their respective plights—‘botched’ circumcisions, grieving mothers, angry children. The film introduces a new-to-me movement called ‘restoration’—a self-administered procedure to restore, as much as possible, a male’s birthright genitalia.

American Circumcision is a well-crafted, stark invitation to viewers to become intactivists.