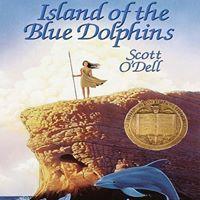 Scott O’Dell’s childrens book Island of the Blue Dolphins was published in 1960. Every November, half a million fourth graders read this classic tale of loss and survival.

The book is a speculation of what life may have been like for a 12 year old girl stranded on San Nicolas Island, off the coast of southern California, in 1835. She lived there for 18 years, was rescued in 1853, brought to the mainland, and died seven weeks later, probably from a radical change in her diet—from sea food to the California diet of that time.

Veteran filmmaker Paul Goldsmith’s Alone on the Island of the Blue Dolphins covers the anthropological and historical information available to discern what life would likely have been like for The Lone Woman of San Nicolas Island—a Nicoleño Native Californian who was given the Christian name ‘Juana Maria’ upon her ‘rescue.’

In addition to the story of the girl whose given name is unknown, Goldsmith highlights the passion, dedication, and utter tenacity of those who study the island, and seek every bit of information about the Lone Woman’s life and her island home. The Lone Woman has countless friends and admirers.

I see ‘special features’ on a documentary film disc as integral to the story, rather than separate and distinct. This aptly applies to Goldsmith’s film.