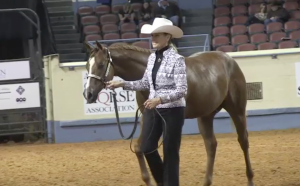 Antisocial Personality Disorder: The presence of a chronic and pervasive disposition to disregard and violate the rights of others. Manifestations include repeated violations of the law, exploitation of others, deceitfulness, impulsivity, aggressiveness, reckless disregard for the safety of self and others, and irresponsibility, accompanied by lack of guilt, remorse, and empathy. It is among the most heavily researched of the personality disorders—and the most difficult to treat. (from the APA Dictionary of Psychology)

Produced and directed by Kelly Richmond Pope, PhD—and, more significantly, CPA—All the Queen’s Horses tells two stories: 1) How one person stole $53.7 million from the town of Dixon, Illinois, over her 22 years of employment. 2) About fraud in America, and around the world. Fraud costs the US $50 billion annually. A 2015 report from the Association of Certified Fraud Examiners states that global fraud is an annual $3.7 trillion dollar problem.

High school graduate Rita Crundwell was Dixon’s comptroller for 22 years, and during that time smoothly relieved Dixon of the aforementioned funds until she was caught. The town’s mayor wisely eschewed local law enforcement and went right to the FBI.

A major aspect of the FBI investigation was the search for additional perpetrators. None were identified. However, the film covers questionable practices by Dixon’s auditing firm and the town’s bank. It is possible, if not probable, that individuals at those two businesses were culpable.

The film’s title refers to Crundwell’s love, horses. She bred, cared for, and traded in quarter horses. Her vast estate evaporated, Crundwell is in federal prison, serving a 19+ year sentence.

All the Queen’s Horses tells a jaw-dropping story, features excellent production quality, is distributed by Gravitas Ventures, and is available on Netflix.