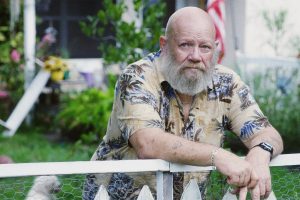 “I think there’s bigger fish to fry out there than them.” Travis Munnerlyn

In ACORN and the Firestorm, directors Reuben Atlas and Samuel D. Pollard present the history of ACORN focusing on the surreptitious video recording by Hannah Giles and James O’Keefe of a staged attempt to secure support from the organization in the creation of a brothel utilizing underage girls. The American Right jumped on the story, and ACORN was forced to reorganize with severely limited scope.

A political activist organization working on behalf the disenfranchised—the lower socio-economic class of the United States—ACORN grew into a movement of 450,000 members, receiving both private and governmental support.

The two stars of this show are the aforementioned Munnerlyn and Bertha Lewis.

Munnerlyn, the ironic star, is an elderly Floridian, a died-in-the-wool Republican, and an ACORN member. His home was on the chopping block during the 2008 financial fiasco, and it was ACORN that saved his home. Brooklyn’s Lewis rose through ACORN’s ranks to the CEO position. Lewis left that position, and founded The Black Institute.

A First Run Features release, ACORN and the Firestorm is a classic David and Goliath story, only both combatants are still alive—in various forms—and still fighting over the heart and soul of the United States. Goliath is winning, and, above that, seems to be destroying the game board.