Surrounded by five Arab nations poised to prevent the creation of this Jewish state, the people of Israel found themselves fending off an onslaught of multiple well-equipped armies. Israel’s victory, let alone its existence, was far from assured. 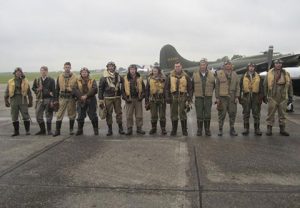 In the lead up to the signing of papers, assertions of nationhood, and withdrawal by British forces that May, there were no substantive initiatives by the United Nations nor its members to ensure that the nascent Israel had the resources necessary to defend itself—especially air-based forces.

Directed by Roberta Grossman, and produced by Nancy Spielberg, Above And Beyond tells the story of the international vigilantes who took matters into their own hands to give Israel an air force—beginning with two Piper Cubs. The early missions were flown with ‘junk’ airplanes, the risks were enormous. There was one mission whose failure would have likely led to Israel’s nonexistence.

The story is told with interview and archive. Much of the information is revelatory. I was both entertained and deeply moved by the stories of heroism and tragedy these old guys shared. It is clear their experiences were utterly life-changing.

Above And Beyond immediately went on my ‘best-of’ list of documentary films. I’ve seen it two times—so far.

You can purchase the DVD directly from the film’s website, or stream the film from iTunes, Netflix, or Amazon Prime.