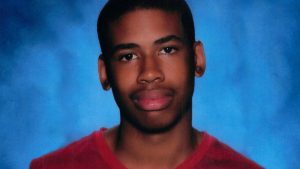 Directed and shot by Marc Silver, 3½ Minutes, Ten Bullets is an HBO documentary film which covers Florida’s ‘Stand Your Ground’ law via yet another instance of an armed white male shooting and killing an unarmed African American teenager near Jacksonville.

On Friday, November 23, 2012, Michael Dunn shot and killed 17 year old Jordan Davis. Their respective vehicles were parked next to each other at a Florida gas station in an upper middle class suburban neighborhood. Dunn’s fiancé was in the station’s market. Davis and three friends were listening to loud music in their Dodge Durango. Dunn asked them to turn the music down. Davis wound up dead.

Silver covers the crime, the trial, and its outcome.

The issues are layered. There is Florida’s law which allows for one person to legally injure or kill another person if the former feels reasonably threatened.

The next layer is simple: Racism-in-America which is alive and well despite decades of activism.

There are those closest to the crime: Davis’ parents—Lucia McBath and Ron Davis—and Rhonda Rouer, Dunn’s then fiancé. Silver’s coverage of these three highlight the deeply personal impact of this crime, the depth of its tragedy. These three people live on in the viewer’s mind and heart.

Finally, the issues converge with the high-profile trial.

Silver tells the many stories inside this one story with grace and elegance.