Johanna Hamilton’s documentary, 1971, tells the story of the break-in and burglary of a local FBI office in Media, Pennsylvania, in… well, you know what year it was in. 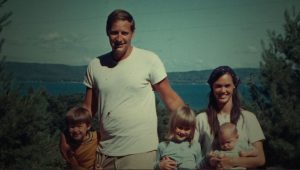 Calling themselves the Citizens’ Commission to Investigate the FBI, ​a small group of upstanding citizens wanted proof of the FBI’s illegal, widespread surveillance of and interference with American citizens practicing their First Amendment rights.

Their zeitgeist was dominated by the Vietnam war and growing civil rights movements.

The anonymous sharing of the stolen documents damaged the FBI’s reputation, led to congressional investigations and legislation, and was a just humiliation and indictment of J. Edgar Hoover and his reign of fear and terror.

The break-in and then sharing of classified documents was very high risk. Some members of this group had young children. Any or all of the members could have easily wound up spending the prime of their lives in federal prison. With the surreptitious assistance of a lawyer they avoided arrest, lived out the statue of limitation, and now we have this harrowing, riveting story of American heroes.

The release of the First Run Features DVD includes an ‘extra’—a contemporary meeting, in panel format, of the Citizens’ Commission which includes a dialog with Edward Snowden speaking from Moscow. At 85 minutes, the disc is like getting two films in one.