Doug Block is an acclaimed career documentary filmmaker. Like many filmmakers of that ilk, Doug supports his documentary productions by being a wedding videographer.

A talented filmmaker? Creatively produced video from 112 weddings? That is a dream marriage. 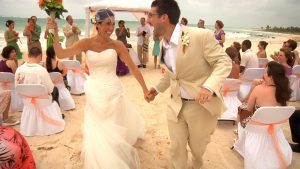 Block tracked down nine of the couples for whom he videoed their weddings. 112 Weddings juxtaposes scenes of those weddings with present-day interviews, and the result is thoroughly engaging.

Although the title refers to weddings, the interviews are about the marriages, and the film explores the challenges, virtues, and tragedies that encumber and enrich this particular legally-sanctioned structure of adult human relationship.

112 Weddings is not Block’s first film on the subject. Released in 2005, 51 Birch Street is an exploration of his parents’ 54-year marriage.

112 Weddings immediately entered my personal documentary hall of fame. Block’s film about marriage is as fun and funny as it is poignant and heart-breaking.